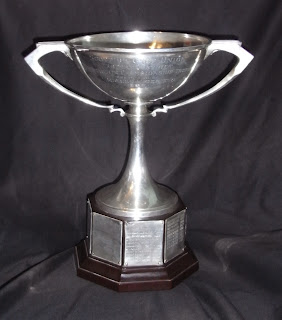 The Ayrshire A team continued their bid for a third successive West Of Scotland Inter County League win on Sunday 22nd October, when they won their rearranged match with Lanarkshire by 5.5 - 2.5 at East Kilbride.

Craig Hamilton got Ayrshire off to the best possibel start with victory in the lead tie, and despite Stuart Robin losing his tie on the final green, Ayrshire soon established a 3-1 advantage with wins by John Shanks & Steven Wallace.

Michael Smyth lost out on the final green in his tie but comfortable wins by both Tommy McInally and Jim Johnston ensured victory for Ayrshire. Scott brown finished off the match with a further half point for Ayrshire.

Ayrshire lead the table with four wins from four, just ahead of Renfrewshire with three wins and a draw so far.

The two leading teams meet at Paisley next Sunday, 29th October, in a title showdown.