The Ayrshire team who will contest the Scottish Boys Area Team Championship at Tulliallan Golf Club on Sunday 7th June has been announced. 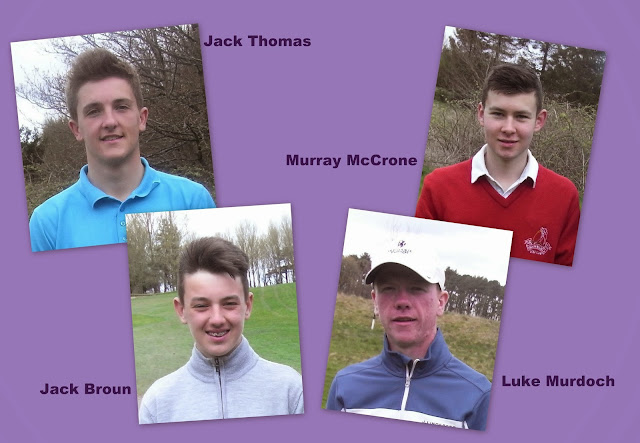 The championship begins with two morning foursomes, where Jack Thomas will be paired with Jack Broun and Murray McCrone will partner Luke Murdoch, with both scores counting towards the team total.

In the afternoon, the best three of the four singles scores will complete the team score for the competition.
Posted by AJM at 9:46 pm