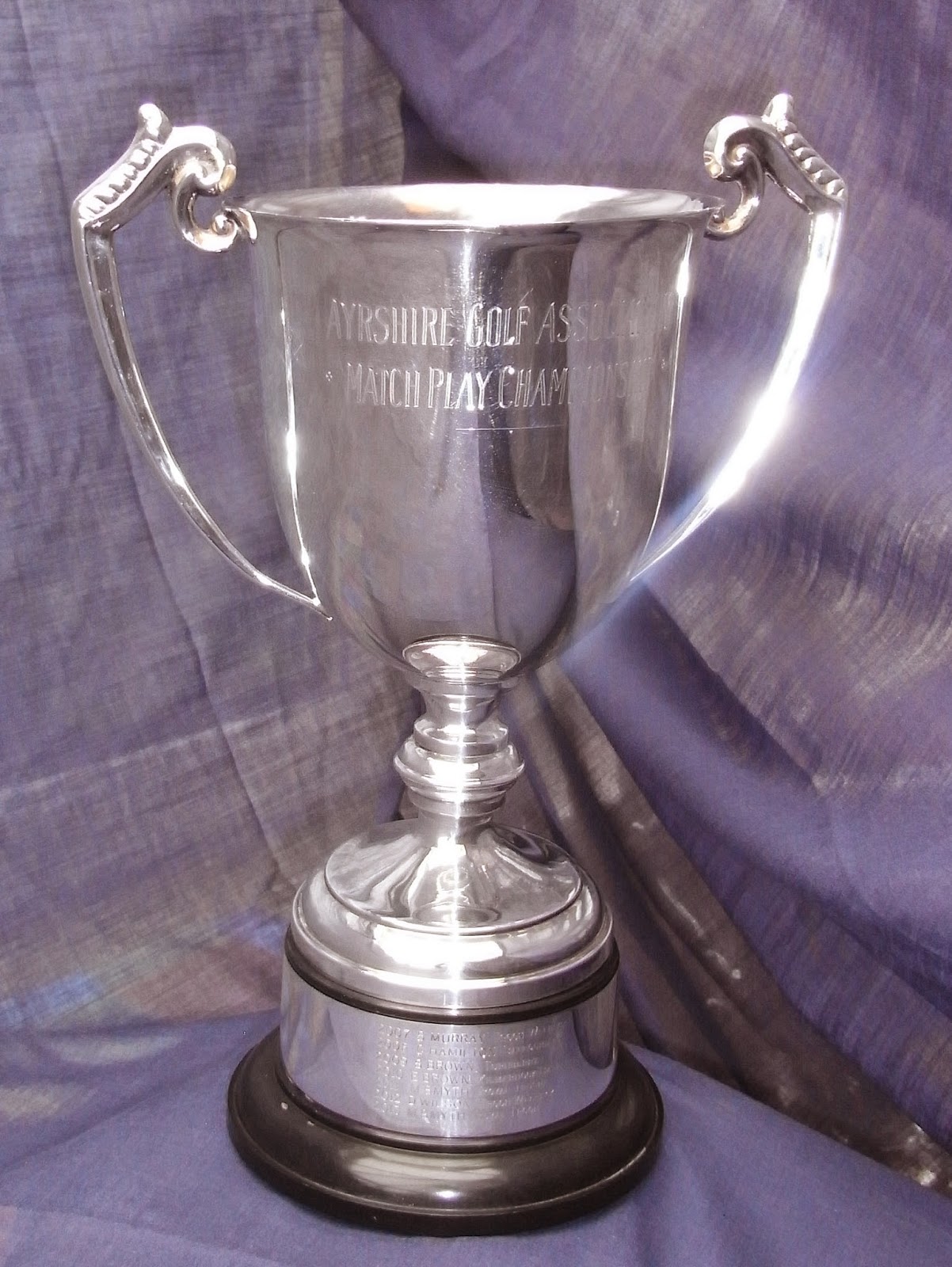 John Haggarty (Loudoun) had his second successive extra holes win on Tuesday night, 5th May, to book his place in the semi finals of the 2015 Ayrshire Matchplay Championship at Prestwick St Cuthbert GC.

After defeating Steven Wallace (Prestwick St Cuthbert) at the 20th hole in the opening round Haggarty found himself going into overtime once again in his quarter final match against John Shanks (Irvine).

Haggarty got off to a storming start, birdieing the opening three holes for a three hole lead which he maintained through 12 holes. Shanks however fought back and squared the match with a par three at the seventeenth, with the players going on to finish all square after 18 holes.

After halving the nineteenth, both players had outside birdie opportunities at the 20th. Haggarty saw his effort pull up inches short of the hole whilst Shanks' attempt slipped agonisingly past the right lip, leaving the hole halved in par.

At the 21st hole, the par five third on the course, both players were in good position from the tee but whilst Haggarty pushed his second short right of the green, leaving a difficult chip over a bunker from the rough, Shanks saw his approach pull up just short of the putting surface in the centre of the fairway.

Haggarty however produced an excellent chip with his ball coming to rest six feet from the hole which he holed for an excellent birdie four. Shanks' approach left a putt of a similar distance for four, but his effort slipped past the right side of the hole and it was Jophn Haggarty who took the semi final place.

Three behind early in the match, Smyth won four out of five holes through twelve to take a one hole lead, and by the time the players reached the eighteenth tee Smyth was still one ahead.

In the rough from the tee, Smyth was well short of the par five eighteenth hole in two but played an excellent approach to within ten feet of the hole in three.

Realistically needing at least a birdie four to take the tie to extra holes, Robin pulled his second shot left of the green and the ball came to rest in an unplayable position behind a tree. Forced to take a penalty drop, Robin conceded the hole to Smyth after his subsequent chip to the green and Smyth went through to the semi final.

In the top half of the draw, Stuart Miller (Kilmarnock Barassie) edged out Sandy Walker (Ardeer) by two holes on the final green. The match was fairly tight throughout with few holes halved but by the sixteenth hole Miller was dormie three. Walker was not finished however, and a birdie three at the sixteenth for the second successive evening, followed by a par three at the seventeenth saw him take both holes to take the tie down the last. Despite his efforts, a missed birdie putt from Walker on the final hole saw him concede the hole and the tie to Miller who went through to the last four.

In the semi final, Miller will face his clubmate Euan Brown (Kilmarnock Barassie) who saw his tight match with Steven Stamper (Turnberry) go to the first extra hole before Brown secured his first semi final place since he won the title in 2010 at Western Gailes, 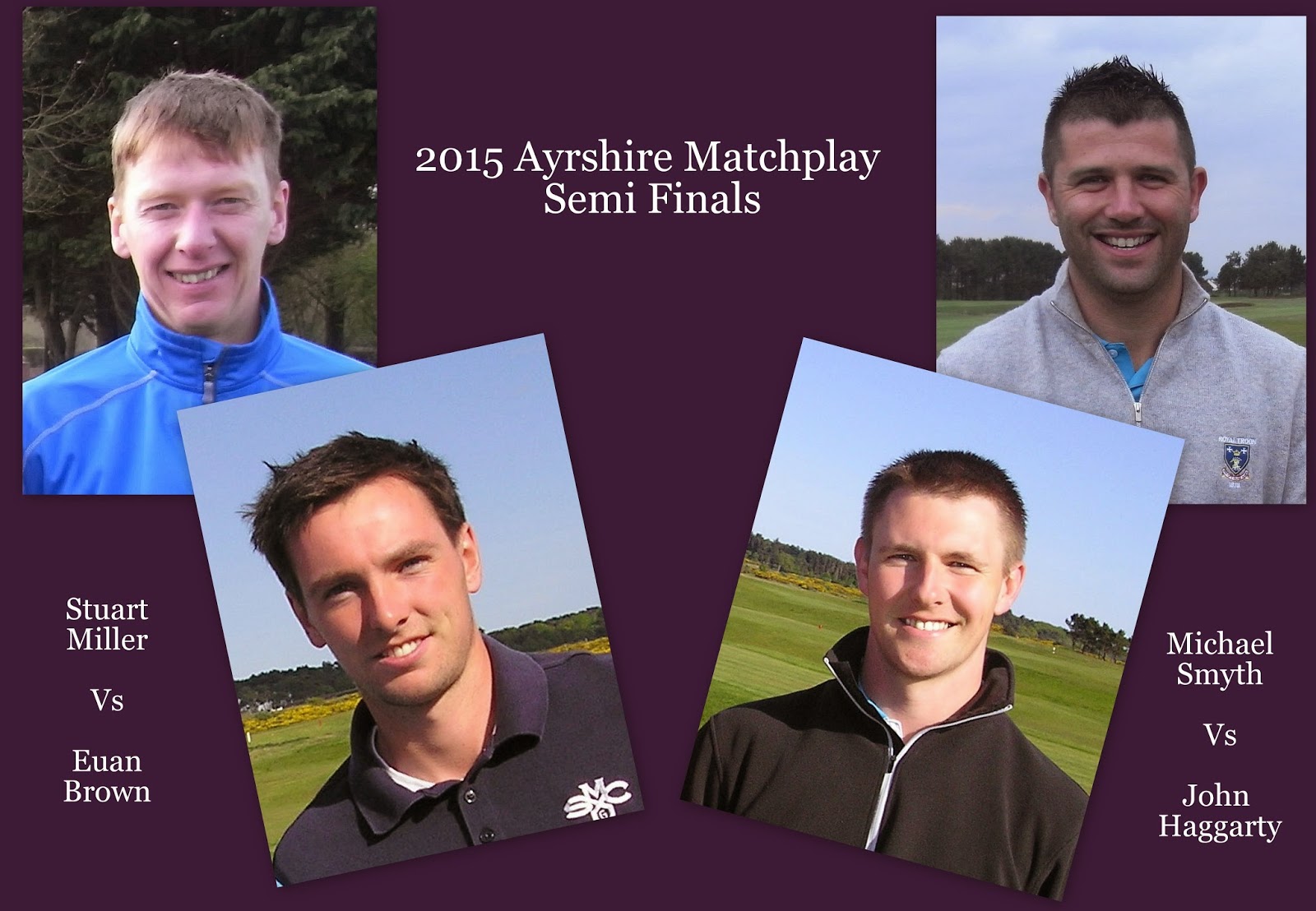 The semi final matches are scheduled to be played on Wednesday 6th may at Prestwick St Cutbert, teeing off shortly before 5.00 p.m.