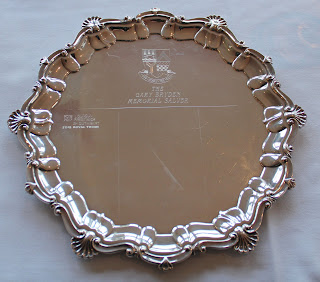 The scratch club team knockout competition for the Gary Bryden Memorial Salver in 2019 will feature teams from nineteen member clubs, with the draw for the event now published.

defending champions Royal Troon received a bye into round two but face a stiff opening test with an away match at Ballochmyle.

Ties will be played throughout the season with the final scheduled to be held on Finals day at Skelmolrie Golf Club on Sunday 1st September.