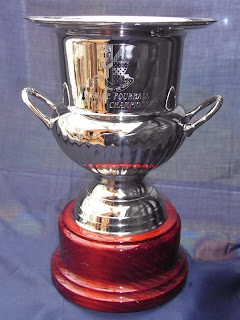 The line up for the semi finals of the 2018 Ayrshire Fourball Championship was confirmed this week, with completion of the two remaining quarter final ties.

Adam Cambers & Tony McCurdie (Ayr Dalmilling)  won through in a tight match at home to Paul & Sam Steven (Prestwick St Nicholas) with a single hole victory on the final green and will now host multiple winners of the event George & David McCulloch (Brunston Castle) who reached the last four courtesy of a 3&2 home win over Kevin & Stephen Thomas (Troon Welbeck) in their quarter final tie.

The semi final line up, with ties due to be played by 26th August, is:-