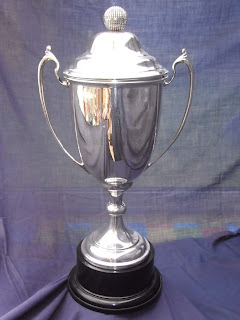 The semi final line up for the 2018 Ayrshire Champion Of Champions Trophy competition was confirmed this week, with the trophy destined to have a new name on it this year.

In the first semi final, Paul Denim (Loudoun) will play John Rushbury (Rowallan Castle) after Rushbury received a walkover from Jim Johnston (Ayr Belleisle) as Johnston was not available for the semi final date due to another commitment.

Gary Steele (Brunston Castle) secured his place in the last four with a 2 hole victory over Greg Nichol (Troon St Meddans) at Brunston Castle in the quarter final, and in the penultimate round will now play Gareth Lamb (Irvine) who progressed by virtue of a walkover awarded by Fraser McCall (Troon Portland)