Ayrshire lost out to defending champions Lanarkshire in the quarter finals of the 2017 Scottish Men's Area team Championship, at Newmachar Golf Club on the morning of Saturday 9th September. 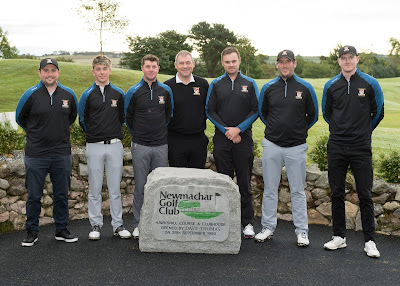 The Ayrshire team looked to have the upper hand and by the middle of the round in the five ties they led the title holders 3.5 - 1.5.

Lanarkshire however fought back in the inward half of the ties, running out victors by 3.5 - 1.5 by the end of the match.