The Scotland Schoolboy' and Scotland Schoolgirls' teams both lost out to England in the international matches, played at the Troon Links courses on Monday 11th September.

Seven of the singles went to the 18th green but only local Ayrshire lad, Cameron Johnstone (Marr College) won an afternoon tie for Scotland.

In fairness to the Scots, it was one of the youngest Scotland boys' teams to be fielded in this annual international.

In the girls' match over the Lochgreen course, Scotland were, after a good start, were eventuually defeated 7 - 2

Leading by 2-1 after the morning foursomes, the girls' team lost all six afternoon singles to nosedive to a 7-2 defeat. 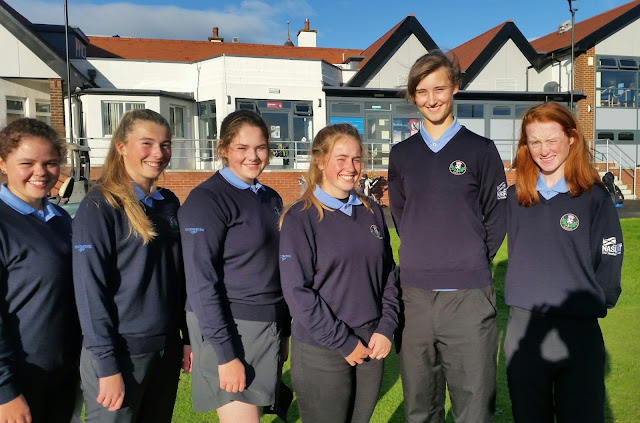 + Pictures by Hugh Hunter who also provided the results from both venues.
Posted by AJM at 10:50 pm