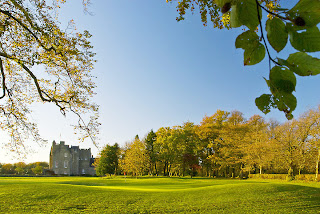 Rowallan Castle Golf Club in Ayrshire is the latest venue to be added to the strongest ever line-up of events on the 888poker.com PGA EuroPro Tour for 2012.

Rowallan Castle is the first course designed by eight times European No 1 golfer and 2010 winning Ryder Cup captain Colin Montgomerie and the Tour takes over the stunning Scottish venue on August 1-3.

Oxford’s Frilford Heath also hosts the final stage of EuroPro Tour Qualifying School on April 11-13, with the deadline to enter the first stage on March 20.

“Colin Montgomerie has designed a challenging course that is a great addition to our strongest ever Tour and the facilities there are fantastic.”
Posted by AJM at 11:17 am