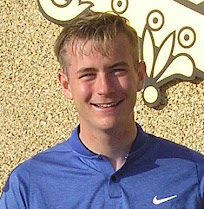 Daniel Forbes (Irvine) won the West of Scotland Strokeplay Championship att Gleddoch on Sunday the 9th of May, when the 2021 championship was hosted by the Renfrewshire Golf Union.

A capacity field f 130 players from the West of Scotland took part in the championship this year and Forbes' one under par scratch score of 71 was good enough to take the title by a single shot from former Scottish Amateur Champion Callum Macaulay (Tulliallan).

The leading scores were :-