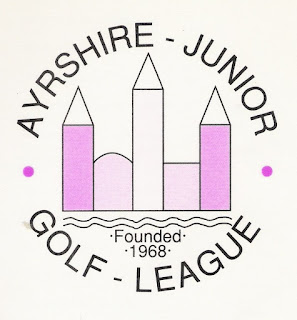 The draws for the 2018 Ayrshire Junior Golf League competitions were made this week at a meeting of club representatives.

In the LEAGUE CHAMPIONSHIP the nine competing clubs have been drawn into two qualifying leagues, with the winners of each league going on to contest the championship final in September.

The qualifying leagues are:-

In the UNDER 16 KNOCKOUT COMPETITION, there are two first round matches, with the remaining teams getting a bye into the quarter finals.

The first round matches, to be played by 4th June are:-

The winners of these ties will join Ayr Belleisle, Loudoun, Kilmarnock Barassie, Troon Welbeck, Prestwick St. Cuthbert and Caprington in the quarter final draw in June.

The first round ties, to be played by 4th June, are:-

To mark the 50th anniversary of The Ayrshire Junior Golf League this year, a number of additional events are planned to be held during the season.
Posted by AJM at 3:00 am