SAVE OUR COURSES - Support sought to overturn proposals to close Ayr Dalmilling and Maybole golf courses.

The support of golfers and local residents alike is being sought to try to reverse proposals by South Ayrshire Council to close two local golf courses in Ayrshire.

Many will be aware of recent reports casting doubt on the future of the two golf courses in South Ayrshire, at Ayr Dalmilling and Maybole.

The Ayrshire Golf Association are deeply concerned about the impact that the proposed closures will have if they go ahead, no only on the many golfers who use both facilities but also the wider golfing community in Ayrshire and particularly, those who utilise the other municipal courses, and is seeking to make the wider golfing community aware of the issue and seek support to reverse plans for these proposed closures. 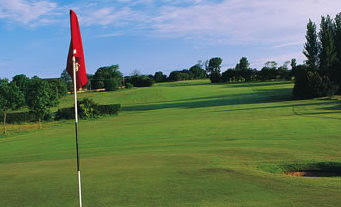 Ayr Dalmilling is threatened by the proposals contained in the updated Local Development Plan (LDP2), which proposes to divide the present area of the course into three parts, with one part designated for housing, one part for leisure & tourism and the largest part for the development of an urban park.

The Association intend to submit a number of points against the proposal, including:-

·         * The golf course is one of a small number of recreational facilities in the area of North Ayr in which it is situated, and its loss would be detrimental to the sport and recreation facilities available locally to the residents and visitors alike.

·        *  The course as existing provides a community facility for users other than golfers, with dog walkers and other local people regularly using the course to exercise. Contrary to quotes made by Council leader Douglas Campbell in local press, there are a number of parks and recreational areas within walking distance in North Ayr, such as Craigie park and Northfield Park, which could be upgraded to provide additional facilities, as an alternative to closing Dalmilling facility.

·         * The loss of the facility would have a negative impact on the 7 clubs who are presently attached to the course. The existence of these clubs may be threatened by the closure of the facility, and the displacement of the club members and other golfers from the Dalmilling course to other local municipal courses is likely to create an excessive requirement for tee times at peak periods, particularly at weekends, resulting in negative interaction with other existing clubs and service users which may ultimately lead to a financial implication for the local authority with the loss of season ticket and visitor income due to the congestion on the remaining courses.

·         * The figures quoted for usage at Ayr Dalmilling, in common with the figures provided in relation to all other municipal courses in South Ayrshire are inherently flawed, being based wholly on ‘audited’ figures. In simple terms, throughout the year there are times, particularly in the evenings, when there is staff on duty to monitor the usage and ensure that the correct revenue is being collected from users at all South Ayrshire municipal courses, which would indicate that actual usage is far higher than that reported. Likewise figures quoted regarding the cost per round to the local authority for golfers playing Dalmilling are very much askew, due again to the recorded numbers using the course being significantly less than the actual usage.

·         * There is a viewpoint that increased investment in Dalmilling, and other local municipal courses, in the form of facilities upgrading and full time staffing of facilities and employment of course rangers would benefit the local authority more than closure of the facility, encouraging increased usage from visitors to upgraded facilities and maximising income by closer and more comprehensive monitoring of the usage of the courses.

·       *  The proposal appears to be at odds with the position promoted by departments within the local Authority, particularly Golf South Ayrshire who continually promote participation and the introduction of the sport to youngsters, and also the tourism sector who actively promote the municipal courses in south Ayrshire as a strong draw for visitors coming to the area. The proposals to reduce the number of courses seems to be counter productive to the work of these departments.

Thee are no doubt many other valid reasons against the proposed closure, which will be raised with South Ayrshire Council through the consultation process.

Comments can be made on the main issues document on line. The proposals affecting Ayr Dalmilling are contained within Issue 5 a and the link below can be used to access the on line comments form

The reasoning for the proposal, as per the document, states

“South Ayrshire has many public and private golf courses. Some courses are used more than others. We recognise the importance of all of the courses but think that Dalmilling could have a wider community benefit if it became a public park with links to the River Ayr and the facilities at Dam Park and the Craigie Estate. Because of the size of the golf course, some of the land could also be used to build houses, a care home, and tourism/sports facilities”

The leader of South Ayrshire Council, Douglas Campbell, has been previously quoted as commenting

“Dalmilling is good for golf but not for the rest of the community. The impact this has on health in Ayr North is drastic as they cannot walk to a park. Only 4000 rounds of golf have been played at Dalmilling in the last year”.

ALL SUBMISSIONS REGARDING THE LOCAL DEVELOPMENT PLANS PROPOSAL (LDP2) MUST BE MADE BY 31ST JANUARY 2018.

The Ayrshire Golf  Association would encourage those in the golfing community to make comment if they have views on the proposed closure.

In addition, one of the local club members has started a petition on change.org regarding the proposed closure, which will eventually be delivered to Council Leader Douglas Campbell.. Anyone wishing to sign the petition and make comment can do so via the undernoted link.

The Ayrshire Golf Association Association would also encourage golfers and local residents alike to engage with this petition and add any comments they feel appropriate, to support the efforts to halt the proposed closure of the course.

Ayr Dalmilling Golf Club have arranged a public meeting on

The meeting is open to all and all interested parties will be welcome.

This meeting will give the golfing community and representatives of the wider local community the opportunity to discuss and express their opinions on the proposed closure.

Invitations to attend have also been extended to all South Ayrshire elected councillors to attend the meeting also.

Again, it would be helpful if individual golfers, residents and club representatives would consider attending this meeting and engaging in the discussions. This may be particularly relevant to clubs who are attached to the other municipal courses in South Ayrshire who will potentially be negatively affected should the closure of Dalmilling go ahead.

The reasons for halting closure proposals for Maybole are broadly similar to those of Dalmilling, including loss of recreational/sport facility and potential negative impact on users of other municipal courses.

The circumstances of inaccurate user figures and consequently unreliable figures regarding costs per round played again are similar to Dalmilling, with no effective monitoring system in place at Maybole to assess usage and ensure robust process to maximise collection of potential income from visitors and season ticket sales.

Again, The Association would encourage clubs, golfers and individuals to feed back to South Ayrshire Council on thee current budget proposals, and in particular the proposed closure of Maybole golf course.

Feedback can be made on line via the South Ayrshire Council website, via the undernoted link.

ALL FEEDBACK ON THE BUDGET, AND PROPOSED CLOSURE OF MAYBOLE MUST BE SUBMITTED BY 11th FEBRUARY 2018.

The Ayrshire Golf Association would be grateful if individual and clubs would consider supporting our member clubs likely to be affected, and engage in the consultation process and on line petition as outlined.