Golfers from Ayrshire and far beyond will be saddened to hear of the passing yesterday of former Largs Golf Club secretary and founder member of the Scottish Seniors Golfing Society Keith Howie, after a short illness. 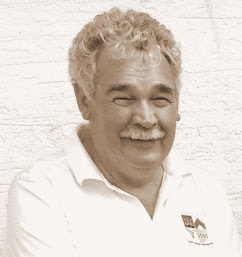 A member of West Kilbride golf club, Keith was one of life's true gentlemen and was one of a small band of golfers who were instrumental in establishing the very successful Scottish Seniors Golfing Society a number of years ago.

Keith's was an accomplished golfer in his own right and his success within the Seniors Golfing Society was not confined to the administration side, as one of the golf titles he collected in his many years playing the game was the Scottish Super Seniors Matchplay crown at Southerness in 2014.

Sincere sympathy is extended to Keith's family and friends by all at The Ayrshire Golf Association at this sad time.

The tributes below are reproduced from the Scottish Seniors Golfing Society website, and clearly illustrate the esteem and affection in which he was held.

It is with sadness that I need to report the death, following a short illness,  of Keith, Vice President and one of the founding members of the Society.

As our president Gordon MacDonald puts it “Keith played a huge part in the organisation of the SSGS.  He constructed the first website for the Society, his drive and knowledge of competitive golf has contributed to the success of the SSGS”

He maintained a highly competitive standard of golf throughout his life, latterly playing, as we remember in Hacienda Del Alamo golf club in Spain, where he helped to organise several fantastic annual golfing trips for his pals from the Scottish Seniors Society.

The funeral will be private in line with current restrictions. Our thoughts go to his family and friends, of which there are many.

We have received many messages from members who have fond memories of Keith and these can be read in full by opening the full article.

There are many legendary stories about Keith, who lived life to the full, but perhaps they are best summed up by these words from Gordon MacDonald.

“I have known Keith for the best part of 50 years playing for our counties in the West league. He was a very good golfer, and he also enjoyed the friendship and the hospitality that golf brings.

I will always  remember the weekend Keith and Barclay Howard were staying with Heather and I in Callander for the Fiery Cross.  I awoke on Sunday morning to find them hitting balls from my front lawn over the main road into the Farmers field,  never a dull moment with Keith.

I have many unforgettable  memories with Keith, I just know the golfing world above is going to be a happier place.  My thoughts are with his family, he will be sadly missed”

"We are very saddened to hear of the passing of our friend and fellow Vice President and send our sincere condolences to his family. He will be sadly missed in the Society as he was one of the founder members and with Gordon MacDonald and ourselves was instrumental in getting the Society off the ground.

We have known Keith since Boys Golf days and played with him many times over the years. Jim and Keith played together in the Russell Cup at Fereneze one year and were on the last green when Peter’s ball came bouncing down the hill all over the place before falling into the hole."

Keith was an excellent golfer starting from a young age from being a member of West Kilbride Golf Club since a boy.  He was well known and liked by many, making good friends over the years, not just locally, but all over the world.  For a number of years he took a great interest in junior golfers both at Largs and West Kilbride.

He maintained a highly competitive standard of golf throughout his life, latterly playing, as we remember in Hacienda Del Alamo golf club in Spain, where he helped to organise a number of fantastic annual golfing trips for his pals from the Scottish Seniors Society.

I will always remember Keith for his kindness, helpfulness, fun and companionship.  I am sure many of us can recall having some great sociable evenings with him, usually involving a drink or two and always for sure, a laugh.

It was a shock today to hear of Keith’s passing, after a short illness, although comforting to know that he was with family and it was peaceful.

Perhaps it is fitting on the anniversary of Robert Burns, to quote something I think attributed to him, even if it’s not, it is very apt,

“If there is another world, he lives in bliss. If there is none, he made the best of this.”

I am very sorry to hear of Keith's passing yesterday with him being a founder member of the original SSGS committee (secretary)we as members have a lot to thank him for.

He was a big character and a great man to get into his company .

I was very fortunate to enjoy our many trips to Spain with him ,one of my best memories of him was he reversed his golf cart into a water hazard at La Torre ,up to his neck and he couldn't swim .