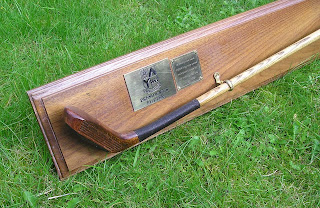 Thirty three clubs will contest the 2020 handicap club team knockout competition for the President's Putter, with the draw for this year's competition being made recently.

There is only one first round tie, which sees Ayr Dalmilling playing host to Ballochmyle, with the winner being at home to Ballochmyle in the second round.

Title holders Alton host Drongan in round two, as they open the defence of the trophy they won in 2019.

Ties will be played throughout the season, culminating in the final on Finals Day in early September.

The draw for the first two rounds of the competition is:-