Moorpark won the Ayrshire Handicap League Championship title for the first time, with victory over Rowallan Castle in the final on Sunday the 5th of September, during Finals day held at Kilmarnock (Barassie) GC. 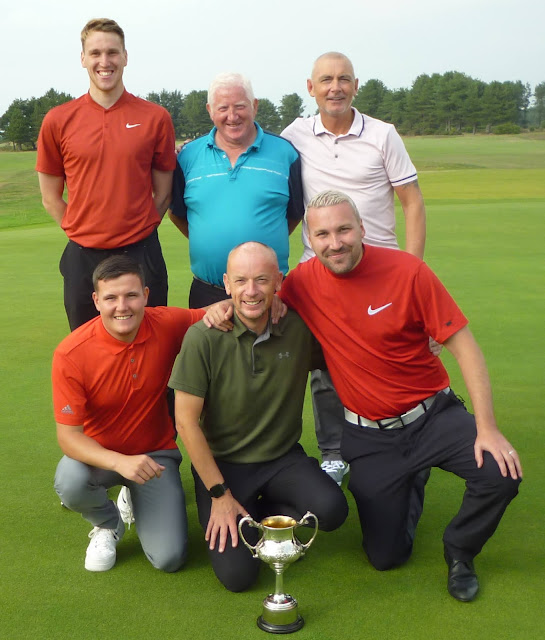 Having previously lost in the final, at Brunston Castle in 2018, Moorpark took the 2021 title with a 5 - 1 victory, though the margin of the victory gave little indication of how close the match actually was, with two of the six ties finishing on the sixteenth green and the other four being decided on the penultimate hole of the round.
The lower handicapped team from Rowallan castle were giving shots in all six ties but as the match progressed to the latter holes, the destination of the title was far from clear.
Moorpark took the first three ties out on the course, Graeme Armstrong and Andrew Armstrong both winning 2 & 1 against David Addison and Blair Taylor respectively, and Duncan McGlone notching up a 3 & 2 win over Stephen Findlay but Kevin Hamilton kept Rowallan Castle's hope alive with a 4 & 2 win over Jamie Ralston in the fourth tie. The glimmer of hope for the Rowallan Castle side was short lived however, with Jim Heaney and Alan ward both losing the final ties on the course by 2 & 1, to Alan Burns and Bill Bell respectively, giving a final match score of 5 - 1 to Moorpark.
The trophy was handed over tho the victorious Morpark team at the end of the final by Ayrshire Golf Association Vice President Scott Gilchrist (Loudoun)
Match details (Moorpark names first)
Graeme Armstrong (11) beat David Addison (7) by 2&1
Andrew Armstrong (14) beat Blair Taylor (7) by 2&1
Duncan McGlone (14) beat Stephen Findlay (8) by 3&2
Jamie Ralston (16) lost to Kevin Hamilton (11) by 4&2
Alan Burns (16) beat Jim Heaney (14) by 2&1
Bill Bell (19) beat Alan Ward (17) by 2&1
MOORPARK   5  ROWALLAN CASTLE   1 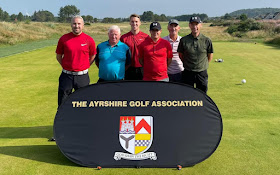 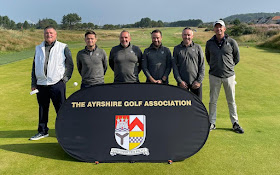